Rising Onion Prices Worry Indians, Buffer Stock to Be Over By November

Deal to Normalize Ties With Israel Stirs Opposition in Sudan

The fallout from President Donald Trump‘s decision to skip a ceremony honoring fallen American World War I soldiers in France on Saturday because of the rain grew amid the images of other world leaders defying inclement weather to memorialize the sacrifices of military heroes as part of the 100th anniversary of Armistice Day.

The president and first lady Melania Trump braved a flurry of protesters Sunday, including a woman who charged their motorcade topless with the words “Fake Peacemaker” written across her chest, to attend a ceremony in Paris marking the centennial of the end of WWI at the Arc de Triomphe on the Champs-Elysees.

Following the ceremony, the president and first lady went to the Suresnes American Cemetery, about 5 miles west of the French capital, to lay a wreath and observe a moment of silence under rainy skies.

“Each of these marble crosses and Stars of David marks the life of an American warrior — great, great warriors that they are who gave everything for family, country, God and freedom,” Trump said in a speech at the cemetery. “Through rain, hail, snow, mud, poisonous gas, bullets and mortar they held the line and pushed onward to victory.”

But even as he spoke, the president was still being widely mocked for calling off a planned trip Saturday to the Aisne-Marne American Cemetery and Memorial, about 60 miles northeast of Paris, due to rain.

On Saturday morning, the White House sent out a statement, saying, “The President and First Lady’s trip to Aisne-Marne American Cemetery and Memorial has been canceled due to scheduling and logistical difficulties caused by the weather.”

“It’s incredible that a president would travel to France for this significant anniversary — and then remain in his hotel room watching TV rather than pay in person his respects to the Americans who gave their lives in France for the victory gained 100 years ago…,” David Frum, a political commentator and former speechwriter for President George W. Bush, wrote on Twitter.

In a follow-up tweet, Frum wrote, “It’s not even 60 miles from central Paris to the monument. If the weather is too wet & windy for helicopters, a presidential motorcade could drive the distance in an hour.”

Kelly Magsamen, a high-ranking Pentagon official in the administrations of Barack Obama and George W. Bush, heaped on the criticism, tweeting, “Real low energy, @realDonaldTrump to not bother to honor the sacrifice of American soldiers in WWI due to some rain. Somehow everyone else was able to do so today. Obama never had this problem. He also visited our troops in war zones.”

Trump scuttled the trip to Aisne-Marne American Cemetery, where many Americans are buried among the 2,288 graves and where the names of 1,060 American soldiers are engraved on a wall, even as other world leaders attended similar events Saturday at WWI cemeteries and memorials outside Paris.

Canadian Prime Minister Justin Trudeau traveled 118 miles outside Paris to attend a ceremony — in the rain — at a cemetery in Vimy, France.

In a speech at the cemetery, Trudeau honored Canadian soldiers who served in WWI, lauding them for “a history for which you bled and fought, a history built on your sacrifice.”

Meanwhile, German Chancellor Angela Merkel and French President Emmanuel Macron both attended a ceremony Saturday at the Clairiere of Rethondes in Compiegne memorial, [Check name] about 40 miles north of Paris. The two leaders, representing countries that were once sworn enemies, held hands at the site where the Germans and the Allied forces signed an agreement ending the war that was fought from 1914 to 1918.

“The will is there, and I say this for Germany with full conviction, to do everything to achieve a more peaceful order in the world even though we know we have very, very much work still ahead of us,” Merkel said at the ceremony.

Macron noted that “our Europe has been at peace for 73 years.”

“There is no precedent for it, and it is at peace because we willed it and first and foremost, because Germany and France wanted it,” Macron said.

Nicholas Soames, a member of British parliament and grandson of Winston Churchill, blasted Trump for letting rain stand in the way of honoring war heroes.

“They died with their face to the foe and that pathetic inadequate @realDonaldTrump couldn’t even defy the weather to pay his respects to The Fallen,” Soames tweeted.

Former Secretary of State John Kerry accused the president of insulting the memories of war veterans because of bad weather.

“President @realDonaldTrump a no-show because of raindrops? Those veterans the president didn’t bother to honor fought in the rain, in the mud, in the snow – & many died in trenches for the cause of freedom. Rain didn’t stop them & it shouldn’t have stopped an American president,” Kerry tweeted. 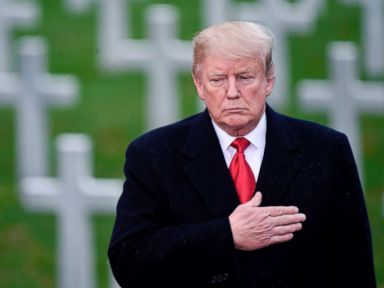 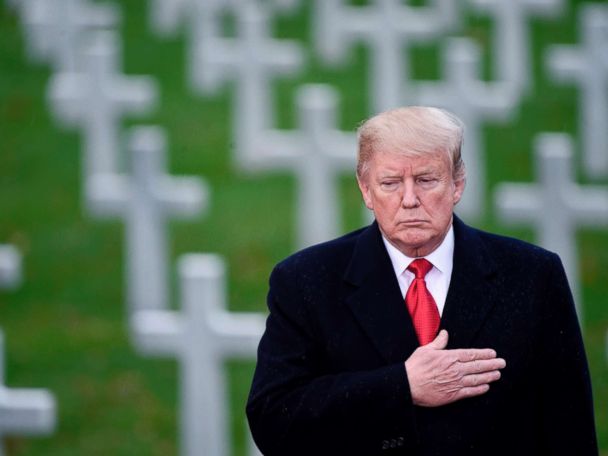 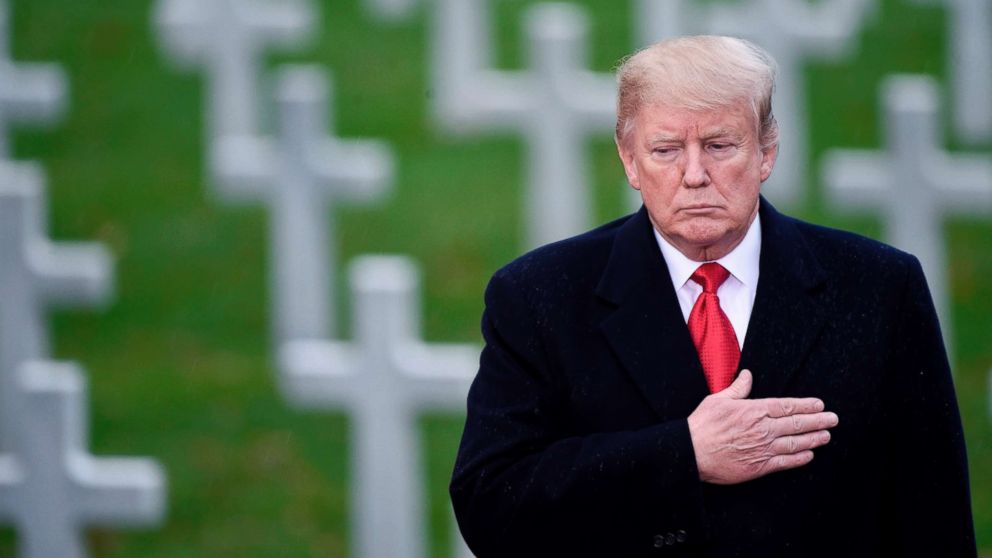 Diwali 2020 Pt. Rajeev Sharma – World Famous Astrologer, Vastu & Gemstone Expert No. 1 Astrologer In India To understand the meaning of Diwali with an astrological perspective and fulfill all your dreams and achieve your destiny. The meaning of “Astro Sakha” is an Astrologer who takes care of you as a “Friend”.” — Rajeev […]

Chivis Martinez  Borderland Beat   TY Gus Also in a video message  “Operation MZ” (Mayo Zambada) of the Sinaloa Cartel announces its arrival in Nayarit. Narco-banners were hung in Zacatecas, ‘signed” by CDS and point to the Zacatecas Senator David Monreal, as being responsible for given access to the territory to CJNG, causing violence to citizens. The […]

‘If it’s drugs, you shoot and kill,’ says the leader of one nation of his fight against drugs

Chivis Martinez Borderland Bat TY Gus  Guardian He calls it his war on drugs, others call it social cleansing as his death squads kill thousands of “suspects” on sight…. Philippine president Rodrigo Duterte has said he has no problem with being held responsible for the thousands of killings under his government’s war on drugs, adding […]

FBI says Iran and Russia have US voter information

In many states, voter data is available upon request, though each state has different requirements on who can request voter information, what data is available and how this data might be used, according to the National Conference of State Legislatures. Related News:Iran Sees No Arms-buying Spree as It Expects UN Embargo to End Former Trump Fundraiser […]

Man robbed of his vehicle, cash at knifepoint: Regina police

The Regina Police Service is looking for a suspect who allegedly robbed a man at knifepoint and made off with his vehicle, cash and personal belongings. Read more: Background checks, FOI requests through RPS now by appointment only At 2 a.m., Saturday, police responded to the 600 block of Athol Street for a report of […]

Saskatchewan’s two main political leaders criticized each other’s track records Friday as they urged people to vote in the home stretch of the provincial campaign. Election day in Saskatchewan is on Monday. Saskatchewan Party Leader Scott Moe was surrounded by honking vehicles at an outdoor rally in Saskatoon where he said his incumbent party has […]

Authors: Kristie L Ebi, University of Washington, Yun-Chul Hong, Seoul National University and Alistair Woodward, Auckland University Surface air temperatures over land have increased by around 1.5 degrees Celsius in the last 150 years, leading to adverse impacts on human health and well-being. Further warming will magnify these risks, depending on the extent of emissions […]

Author: Minh Cuong Duong, UNSW Vietnam is among the few countries that were successful in the fight against the first wave of COVID-19. The country has since experienced a small second wave of infections, but this too has been well controlled — as of 23 October there has been a total of 1148 cases and […]

How Russia emerged as key mediator in the China–India dispute

Author: Artyom Lukin, Far Eastern Federal University Back in May, tensions along the disputed Sino-Indian border spiralled dangerously out of control. US President Donald Trump offered to mediate, but neither New Delhi nor Beijing showed enthusiasm. Instead Russia has become the de facto intermediary in the dispute, despite never publicly offering. Moscow’s discreet diplomacy may […]

However, a court ruled on Thursday that most of the jail sentences should start straight away. Michaloliakos was among 37 people who turned themselves in. Giorgos Roupakias, who was convicted of the 2013 murder of the musician and given a life sentence, was under house arrest and was also handed over. Related News:Trump, Biden Campaign […]